Sep 13, 2009 @ 17:28:05
The problem I see with a TFS+ forum is that any number of topics will end up in there, in all different categories. Tino said he wanted to encourage people to stick to their favorite forums, but who would just hang out in a TFS+ forum if the only thing they have in common is name calling?

I would prefer to have a check box when starting a thread to select it as TFS+ enabled, which would make it so only people who had signed up forTFS+ could reply, neg kudos are on, name calling allowed, etc, but you could still post your thread in the appropriate forum such as News and Politics, or whatever. It's just letting the thread starter have more control over the rules of their thread.

Maybe I'm stunned;but I don't get it.

I'm having a very strange day though.

actually thinking about it more, I'm not crazy about the idea. It seems easier and better to keep them separate.

Sep 13, 2009 @ 18:24:06
I find I cannot even write freely about this TFS+, because it is like condoning behavior that should not be condoned.
How can you ask others to repect you and your opinion, if you don't respect theirs? I agree, at times, I don't get it either. But it's fine with me, and it's an option I don't have to participate in. I'm okay with it, even if
it's hard to take in!

Sep 13, 2009 @ 18:32:54
I'm curious what percentage of people will be signed up for TFS+ vs those who refuse to. We can't tell that yet because it's so new not everyone even knows what it is and what it all means yet, but it'll be interesting to see how that all settles.

I think the only potential problem is knowing me I would tick all threads I start to be TFS+, meaning people who don't want to be part of TFS+ will notice they can't post on a lot of threads.

There isn't a reason why we can't have the same topic on both places. Especially like for say an abortion issue. Things are not going to be merged between TFS+ and other forums.

Its also fun and new, it may calm down in a bit. (or not

) Besides the people that never wanted to debate political or religious issues, still aren't going to want to, no matter where the thread is.

I think the only potential problem is knowing me I would tick all threads I start to be TFS+, meaning people who don't want to be part of TFS+ will notice they can't post on a lot of threads.


I likely would too, but really those same people who refuse to sign up for TFS+ would likely have been ones who wouldn't have gotten along well with you anyway in a sense. It just sort of separates the more sensitive people and the rougher people from each other more clearly.

This is why I was suggesting different colors for TFS+ threads 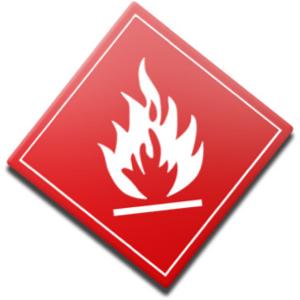