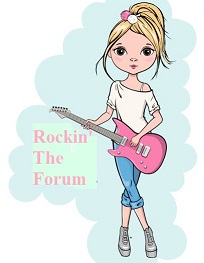 I thought I'd start a thread of little vignettes from the British political perspective, with a bit of acerbic wit thrown in just for jolly, but I also hope to make a point or two along the way. I'll post it weekly and try to make it as light hearted as possible. Feel free to comment.

I was gobsmacked that Newsnight promoted Nigel Farage as an expert on Coronavirus. Dare we hope to see Dr Farage next on 24 Hours In A & E? Rather, methinks, the programme with the most appropriate title for his followers must be the maternity unit reality show One Born Every Minute

Nicola Sturgeon has come under criticism for continuing to fly the Circle of Stars in Scotland. Why? I ask.

UK is still a member of the Council of Europe, whose stated aim is to uphold human rights, democracy and the rule of law in Europe.

UK is a founding member of the organisation, which pre-dates the EU and has a membership of 47 states. The European Convention on Human Rights – ratified by the UK in 1951 - is a part of the Council of Europe and it is hoped that Britain will be held to account under it should Johnson attempt to diminish any of our human rights.

The council flag, which we should continue to fly, predates that of the EU and – get this – is (and always has been) a circle of 12 yellow stars on a background of blue.

Now, where have I seen that before….?

Not so long ago every day seemed to bring another crass comparison between Brexit’s latest failure and a British military battle somewhere in the last 2000 years.

Author Freddy Forsyth brought memories of this flooding back writing about the early stages of Coronavirus in his Daily Express column: “This has been the first Battle of Ypres, The Somme is yet to come. In future years those of us still here will look back on this time as comparable to The Armada, Waterloo and Dunkirk. Well, we won those battles and will emerge from this one prosperous and free of continental governance.”

OK, Fred…… Rule Britannia and all that. But it could only be a Brexiter who can claim that what happened at Dunkirk was a victory.

It has been suggested that the Labour Party should copy the Tories tactic of using snappy, three or four word slogans to seduce voters. Correct. These should be easily remembered, understood and accepted. Also correct. One that I’ve heard goes: “1000 Job losses undone.” Wrong. I think three words not four is right, should be easy to repeat and should also reinforce what people already know. How about “Can’t Trust Boris.”

“It is impossible to calculate the moral mischief, if I may so express it, that mental lying has produced in society when man has so far corrupted and prostituted the charity of his mind as to subscribe his professional belief to things he does not believe, he has prepared himself for the commission of every other crime.” Thomas Paine in “The Age of Reason” published in 1794.

This one truthful and wise statement by the father of the American Revolution describes Johnson and his basket of deplorable liars to a T. Paine died in 1809. His work remains eternal.

Don’t blame the Chinese for the spread of Coronavirus in Britain. When it broke out there it was bound to spread in China because they had no warning and had to respond to something that nobody knew anything about, completely out of the blue. We, on the other hand, had plenty of warning, but spent all of January getting excited over a 50p piece and fussing over whether Big Ben would Bong.

When you point one finger at the Chinese, Boris, there are three fingers pointing right back at you.

It may cheer some ardent Rejoiners up to know that a version of “Ode to Joy” can be loaded as a ringtone from the Zedge App. Every time my mobile rings now it makes me feel proud to still call myself European and I have to admit that more than once I’ve let my phone ring just for the sheer pleasure of hearing it.

British cartoonist Tim Bradford posts a weekly cartoon called "What's Going On". I love it. I'll try to keep it as topical as possible but it's not always easy to be up to date. But I'm sure you'll enjoy them just the same.

SILLY POLITICAL PARTY OF THE WEEK

There have been some pretty dumbass political parties organised down the years, and not all of them in Britain. I've selected a few (one a week) that might raise a smile. This week's offering............

My good friend Shirley told me of the origins of this party from when she was one of the original Greenham Common Peace Women in the early 1980’s.

Greenham Common is near Newbury in Berkshire and those old enough to remember will recall the activists who protested against the installation of American nuclear missiles on British soil that overnight turned our country into a prime first-strike target for the Soviet Union in the event of nuclear war.

The party was started by local residents who objected to concerned citizens trying to save their country from being vapourised, with the intention of removing the protesters (they failed). They initially gave their party the above title, but subsequently re-named it when somebody pointed out that their name would look rather amusing when printed as an acronym on ballot papers.

First Mistress Carrie Symonds is up the duff. She should marry Boris Johnson immediately. With him and Dominic Cummings already in situ, the last thing we need in Downing Street is one more bastard.


Another update on the wonderful world of British politics on Sunday.

Have a good week everybody, and stay safe

(video contains unpleasant language (and lots of it). Please do not watch if likely to be offended.

One of the amusing things about this is that he appears to have been written his main points down. It doesn’t get more brainless than that.

My sister told me of a friend of hers who said it was impossible these days to be a mother without having a sense of failure. Mothers today are so aware of the incredibly high standards that are expected of them. According to modern social mores, not only must women raise children that are healthy, well-adjusted and impeccably well mannered, but our offspring must also achieve top grades at school, play a musical instrument to orchestra standard, captain a school sports team and win a place at a top university. If our children fail to clear any of these hurdles then the blame is placed firmly at the door of, sometimes both parents, but more often at the mother. Did our mothers have to meet this standard? Somehow I doubt it.

SOMETIMES IT’S HARD TO BE A WOMAN

While looking for other information I came across the New York Times obituary for Yvonne Brill. It began: “She made a mean beef stroganoff, followed her husband from job to job and took eight years off work to raise three children.”

Oh, and by the way.... she was also a brilliant rocket scientist who invented a propulsion system to keep communications satellites from falling out of their orbits.

As a mother does, between nappy changes.

Last night I dreamed that Donald Trump was caught up in a demonstration against his policies. He called out to the crowd “I am Spartacus” and as the crowd closed in on him, his Secret Service agents pointed at him and shouted: “Yes…. he’s Spartacus.”

Nigel Farage is in talks to appear in the next series of Channel 4’s “Celebrity Hunted”, the show in which celebs spend a fortnight on the run trying to evade capture by an elite squad. Ideas on where Nigel might hide include Moscow, under a lilypad and / or up Donald Trump’s arse. The Sun said “Those around him think he can win.” Perhaps they’re going to open the pub doors long enough to lure him in and then stick him in the cellar and stack heavy beer barrels on top of the trapdoor. It’d do us all a favour.

NW Leicestershire’s none-too-brainy MP Andrew Brigden has called for the government to refuse to pay the so-called £39 billion EU divorce bill. Brigden said: “Circumstances have changed. The UK taxpayer now has a major bill to pick up. We cannot afford to pay huge sums of money.” Even ERG Chairman Mark Francois pointed out that as the £39 billion was a commitment in the Withdrawal Agreement it would be hard to re-write, adding: “Extending the transition could cost billions more in additional payments to the EU.” Imagine Brigden… or anybody come to that… having an idea so stupid that even Mark Francois can see it.

NO MATTER WHICH WAY YOU LOOK AT IT

Brexiter Bill: “The British government has done really well in dealing with COVID- 19”

Brexiter Bill: “Britain is a smaller country than Germany. Our population is denser so the virus is bound to spread faster.”

Rejoiner Ron: “Britain’s death rate per head of population is the highest in Europe.”

“Brexiter Bill: “But Britain has a bigger population than most European countries.”

Rejoiner Ron: “OK…. South Korea is about a third the size of United Kingdom, but has a population about four fifths the size of Britain, has a land border with China, but began taking restrictive measures from 20 February and it’s had around 0.25% of the deaths that Britain’s had.”

When Nigel Farage was seen recording yet another video of him standing near a coastline moaning about immigrants against a backdrop of visibly no immigrants, Kent police had a word, presumably to inform him that the country is in lockdown and even if he is a good mate of Donald Trump’s, the rules apply to him too.

Perhaps they just had a friendly chat to remind him that the movement of individuals is restricted - just like he’s been demanding be done to immigrants for the last couple of decades.

SILLY POLITICAL PARTY OF THE WEEK

The party, whose logo is indeed a two-tailed cartoon dog, planned to run for—but not win—office in 2010. Its platform included promises like two sunsets a day, building a spaceport in the middle of the Great Hungarian Plains, and flooding the main roads of Budapest with beer on holidays. You know, to combat traffic problems.

The party is firmly in on the joke: One promise they proffered was to "put yellow rubber ducks in every puddle that’s deeper than five centimetres," and their slogans range from "Eternal life!" to "There's a 93 percent chance we won't steal your money!" Said party chairman Gergely Kovacs to Reuters: "We don't really want to be mayors. Just exclamation marks."

My mate Lizzie-Wizzy says......... “Our baleful Foreign Secretary, Dominic Raab, is living proof of how enormous dinosaurs managed to live for millions of years despite having brains the size of walnuts.!!


Have a good week everybody..!!