Aug 18, 2019 @ 05:33:35
This is serious now. Honestly. I am not kidding. This is now approaching endgame and there is genuine fear spreading throughout the country. Not apprehension. I am talking about real fear.

The British government's own planning document - code named "Operation Yellowhammer" has been leaked to the Sunday Times.

"The government expects the return of a hard border in Ireland as current plans to avoid widespread checks will prove “unsustainable”; this may spark protests, road blockages and “direct action”

This is extremely dangerous. This could tear up the Good Friday Agreement and be the cause of a return to violence in Northern Ireland. It really is coming to that.

Some of the article features in the ST from the Yellowhammer document. 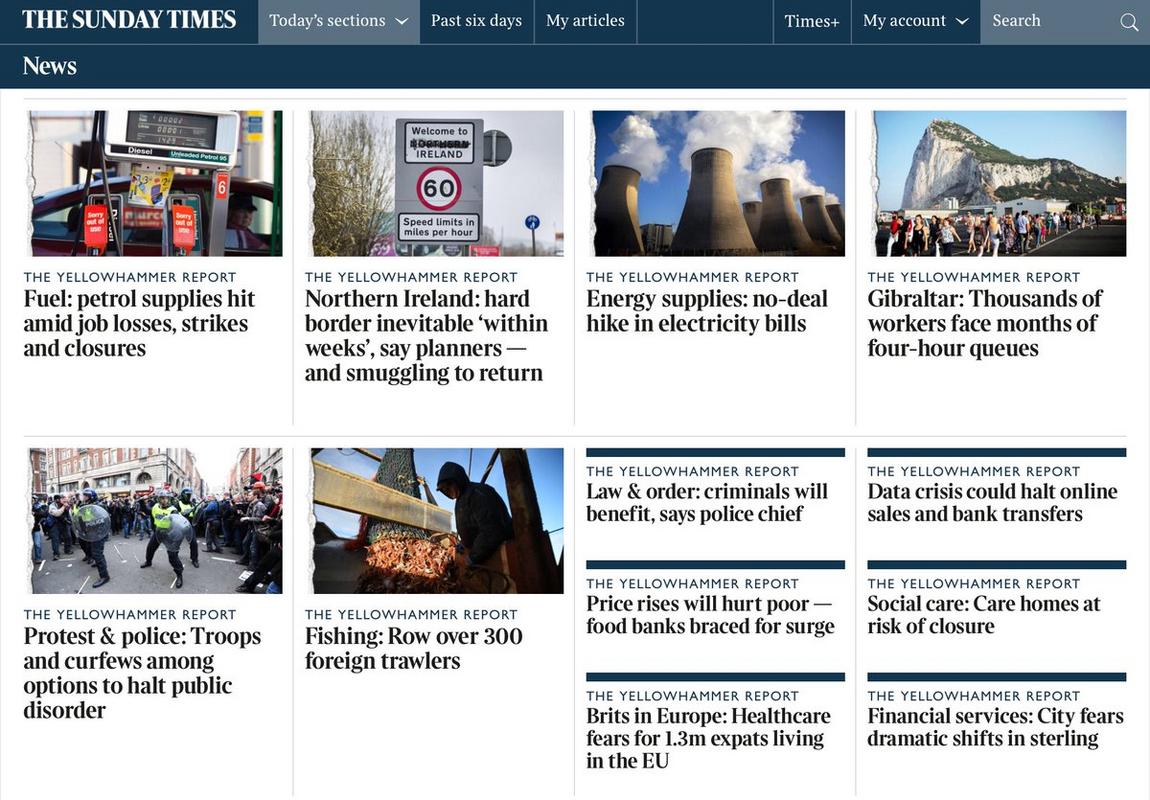 At the moment Parliament is in recess and the BBC and other Brexit oriented news agencies have been ignoring it since Sky reported it on their review of the papers last night. But now that Reuters and other news agencies across the planet have picked up the story there's no chance of putting it back in the bottle. Some MPs, including Caroline Lucas (Leader of the Green Party), Sarah Wollaston, Stephen Doughty and Heidi Allen, are now openly calling for parliament to be recalled on this matter.

Their letter to Johnson has been made public: 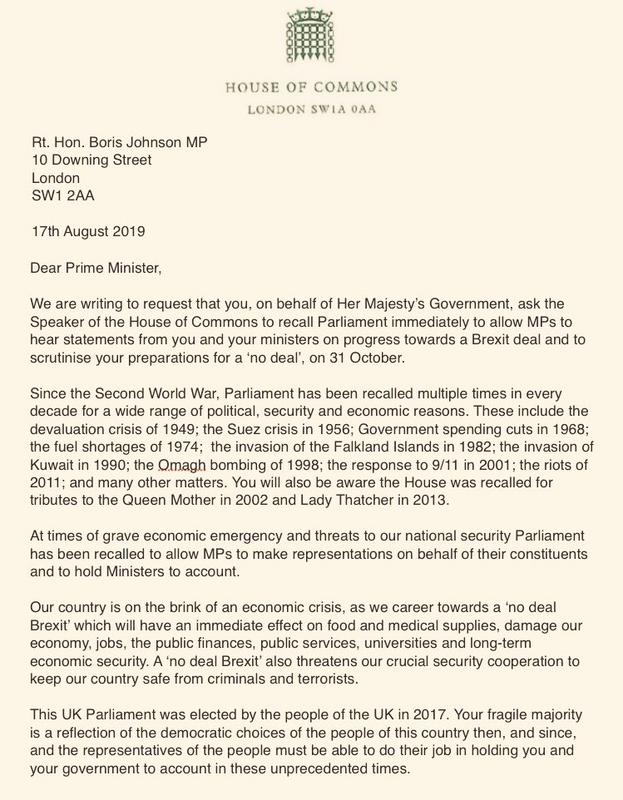 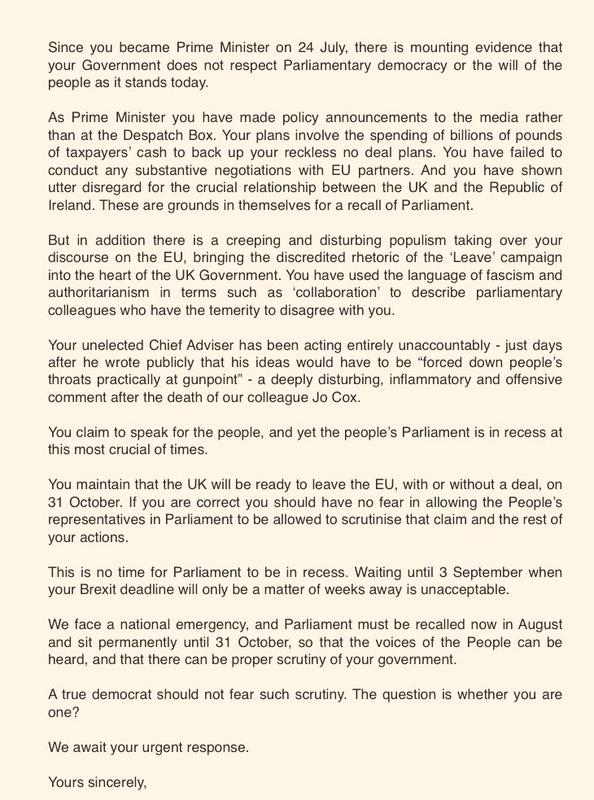 It is unlikely though that Johnson will recall Parliament. He is determined to go ahead with no deal Brexit at all costs. It has been his aim all along. He is scheduled to meet with Phillip Macron and Angela Merkel in the week but many believe this is a show. He has no intention of meaningfully engaging to find a resolution. He wants to give the appearance of going to Brussels with good intent, but negotiations will break down and he will blame it on "EU intransigence" over the Northern Ireland border backstop.

This is a Prime Minister who is prepared to prorogue Parliament, break all procedure, deny any vote and steam on regardless of consequences.

Social media is going barmy. Some are now talking about serious civil disorder. This looks like it could turn very violent.


Oh, and by the way. "Yellowhammer" is an anagram of "Orwell Mayhem".

Who dreamed that title up, I wonder.....? Dominic Cummings.

Can they really suspend parliament to force through an empty pile of absolutely bugger all ?
https://www.bbc.co.uk/news/uk-politics-49493632?fbclid=IwAR07dk6qXn1PJOeyo1dPrXC6HsUCZyAhS4tygcsYGRxRdVDYE6ihZOpg9YI

Aug 28, 2019 @ 15:52:07
The Privy Council, a body of senior politicians who act as the Queen's official advisers, requested Wednesday that the Queen "prorogues," or suspends, Parliament.

So the privy council advises the queen on what she missed while she was on the loo?

Sep 02, 2019 @ 20:03:54
Oh, yes, Project Yellow Snow - as the democracy hating chatterers claim many will die if they lose their ability to freely scurry like rats in Baltimore from one festering dump (or tourist destination as you probably prefer to call them), to another.

Although in fairness to you Jen, the last thing people in the UK want is a return to terrorism. There hasn't been terror for a couple of decades if we ignore all the terror happening in working class towns and cities..., which you do.

And as far as BJ not acting in good faith when meeting with Merkel - Merkel, ffs. She has no interest in the democratic will of the British people. She wants to punish them as severely as possible as a warning to others across Europe that democracy will not be tolerated. She has pretty much just outright said that too.

Yet here you are, once again, pointlessly pissing and moaning that BJ won't bend over, throw out democracy and take one for the chattering class whose pampered little lives are made almost unbearable by hearing a working class chav dare to say "no" to their every whim. The attempt to whip up fear just so you can still travel freely is amazing to me. How does one focus so thoroughly on themselves that other human lives become an inconvenience?

Either way, it does not matter. The people voted leave and it is well past time to do so.

Yes, it may affect your travel plans, Jen, but surely democracy, state sovereignty and freedom are worth preserving, even if it does cause you inconvenience occasionally?