The charge marks the first time the administration has taken action on a “knockout” case after the game became an Internet and media phenomenon.

Barrett came to authorities’ attention after he showed a video he took of the assault to a couple he didn’t know at a restaurant on Nov. 24, the FBI said in an affidavit submitted in the case.

One of the couple was an off-duty arson investigator and peace officer. After they left the restaurant, the couple reported the video to a police officer and identified Mr. Barrett. The police officer confiscated the smartphone containing the video and began an investigation that ended with a criminal complaint filed on Christmas Eve and the arrest Thursday.

The victim of the assault, identified only as “R.C.,” lost three teeth, suffered a broken jaw and had two metal plates inserted into his mouth. Local police identified him as the victim, and he confirmed he had been walking down the street November 24 when he was attacked.

So in Texas you can assuault any one you like as long as they're not authority?

Except that it doesn't say that. It says "administration" not "authorities." Big difference. Others may have been handled by local authorities, this one is the first for Federal authorities.

This one is being treated as a hate crime.

The FBI said that in a video from Nov. 24, the day of the assault, Mr. Barrett said he wanted “to see if I were to hit a black person, would this be nationally televised?” The video shows him stopping his car, approaching the 79-year-old man and asking, “How’s it going, man?” — before “a loud smack is heard and the victim falls to the ground.”
“Barrett laughs, says ‘knockout,’ and then flees,” the FBI affidavit says.
In other videos, the FBI said, Mr. Barrett uses racial epithets and says blacks “haven’t fully experienced the blessing of evolution.”

Dec 27, 2013 @ 21:50:21
The OP deals with charges brought by the Federal Government. State courts have also dealt with similar criminal activity.

Assaults on random strangers simply to knock them out have been reported over the years in St. Louis, New Jersey, New York, Washington, D.C., and Chicago. An assault attributed to the knockout game reportedly killed a Vietnamese immigrant in 2011 in St. Louis. 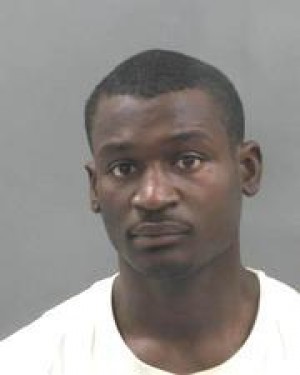 Elex Murphy, above, was convicted by a jury in April 2013 of second-degree murder and other felonies for a “knockout game” attack that killed an immigrant and injured his wife two years ago.

Yen Nguyen, 62, had identified Murphy in police photos and a lineup as their attacker. The bones around her right eye had been fractured. Her husband of 39 years, Hoang Nguyen, 72, died later that day of a brain injury.

Dec 28, 2013 @ 04:43:10
Near the beginning of November 2013, a 78-year-old woman in Brooklyn reported being punched in the head, with her assailant fleeing without touching her shopping bags or her pocketbook.

This followed sporadic reports of similar recent attacks in Crown Heights including one on a 19-year-old Hasidic man who said he had been approached by eight men and then punched in the face by one of them, in what the police said was a possible hate crime.

Then, at 2:45 a.m. on Friday November 20, on the border of Borough Park, Brooklyn, a 24-year-old man was boxed in by three men and punched by a fourth. Police said the four men had been out celebrating and were “somewhat intoxicated.” The victim overheard the group discussing “how you knock somebody out.” (Amrit Marajh, 28, of Brooklyn, was charged with assault and with aggravated harassment as a hate crime.

Good. Kids have nothing better to do these days. So sad.


I agree. Pretty sad!
I have probably heard of this but dismissed it as another
incident portraying the stupidity of some people.
Definitely some poor decision-making going on here.

And bi-polar or not, people still need to learn to be
responsible and be held accountable for their actions.

Specific things should be taken into consideration,
but accountability and consequences need to applied.

Jan 11, 2014 @ 07:05:05
I was so mad tonight to find out a friend of mine, one of the nicest guys in the world, became a victim of the knockout game last night here in downtown Orlando, FL . he's currently in I.C.U. right now with blood on his brain. meanwhile there has been nothing on the news to warn people. What has happened to our country.
I wish that more people would wake up and get a concealed carry permit and strap up. If these punks (cowards) knew there is a higher risk of losing their lives they wouldn't try this crap.