> You as the president, and certain select few of your cabinet, know that OBL is dead.

> Some select few at the CIA also know, but most don't... in fact the vast majority of the U.S. Intel community doesn't know...

> Some of the ones that don't know continue to look for him, no worries... they will never find him... right?

> This information, actionable intelligence, is reported up the chain with a request that there be a capture/kill operation.

> Do you ignore the request, and run the risk that that becomes public knowledge and could tank your re-election campaign.

> Or do you publicize that OBL was killed 8 years ago?

>>>> Or do you authorize the mission?

After all the target, while not actually OBL, is likely one of his equally guilty henchmen... and the opportunity for gathering intelligence is actually well above the average operation.

Waiting for it then. Go ahead and convince me.

I'm not trying to convince you.

Shortly before November 2003. You get closer to the day by checking out when Bush stopped calling for "get him dead or alive". That is not a factor what or why... but rather it is a point in time. It is not evidence. It is just a random occurrence, arguably a slip up on the part of Bush.

best way to look at this:

if Osama bin Laden was still alive last 11 years, why haven't he surface to public yet?


i know he is dead. i watched in news, spents days talking about it.

i know he is dead. i watched in news, spents days talking about it.

Barbara and I are thinking of you and wishing you moments of peace and comfort as you remember a friend. All creatures great and small. World without end. Amen.

Barbara and I are thinking of you and wishing you moments of peace and comfort as you remember a friend. All creatures great and small. World without end. Amen.

thanks! you do and barbara do the same!

thanks! you do and barbara do the same! 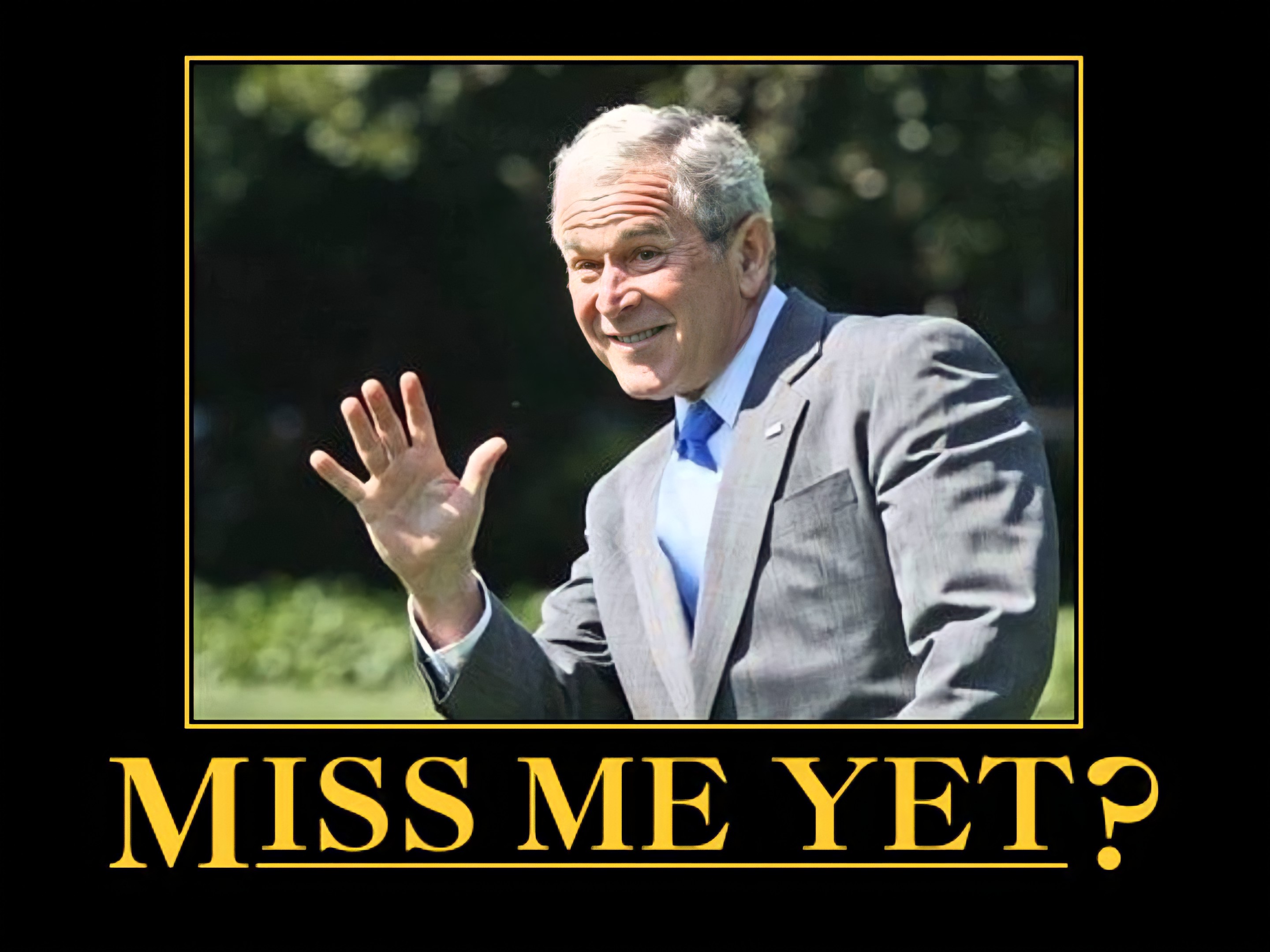 > Bush and Cheney know, but they committed to not making it public knowledge as they didn't want to give terrorists a Martyr and "holy day of war" (yes... that is a way over simplification of the dynamics...)

Hide his death to deny a martyr over announcing American victory?

I'd more likely believe that they wanted to prolong the war to benefit the military-industrial complex.

funny, i really thought you were talking yourself, not george sr., that he is dead. do assuming that grant is buried in grant's tomb, but they be lying about that could be george washington in the tomb? rumors about george washingtion was buried under the cherry tree, would make sense. george's parents could lied about george chopped the cherry tree, and they chopped george and buried him under the tree.

ripley believe it or not!

sorry about that, this sucker is still alive. does anyone miss him yet?

sorry about that, this sucker is still alive. does anyone miss him yet?

Mr Bush (43) is fundamentally decent and was one of the last Republican presidents to attempt to modify conservative perception in order to win unity from his loyal opposition.

He spoke of something called "compassionate conservatism" as if "conservativism" isn't.

Dumb idea on his part but we see this only in hindsight. Never apologize to the left. That's like the Jews apologizing to the Palestinians for any aspect of their religion that might be offensive.

Well, Mr Bush was a good man and a good president and the United States did well to have him in office. Imagine of Barracko were in office on September 11, 2001. He'd be flying the billions of dollars in small unmarked bills to those responsible so as to make them less angry (think Iran.)

Bush 43 also mangled the English language, but it was more purposeful or at least purposed. You could see the monkey trick and laugh at the attempt. Bush was unintentionally funny but he often could laugh at himself.