Jul 20, 2020 @ 09:12:48
Pure Land Buddhism is my home, which is often spoken of as the Buddhism of Faith and contrasted with Zen. However, D T Suzuki, the "zen man", wrote some fine books on Pure Land (Shin) Buddhism. His mother was a Shin practitioner, and who argues with their mum?

Again, historically, many monasteries were the centres of both zen and Pure Land monks, growing and evolving side by side.

From the blurb of yet another (highly priced book) on Dogen....

“The right foot of mental clarity rests on the left thigh of continuous practice. The left foot of poised engagement rests on the right thigh of tradition. Even while ‘just sitting,’ Dōgen says we can walk the Way of the buddhas."

Well, "sitting" is fine by me, being a bit of a couch potato.

All of Dogen's writings have a soteriological intent. They seek to express his own understanding of "enlightenment", and this from out of his very own unique life within his own time/space moment.

Buddhism, at least as I understand it, is a supremely optimistic teaching. Its Mahayana wing equates this world of birth and death (samsara) with nirvana. Thus there is no betrayal of this world for some imagined "other". Further, it claims that to see and experience this world truly with the complete mind/heart is to have reached the end of suffering (dukkha)

Therefore, to study Dogen seems to me to be more than worthwhile. It promises to be life giving, this from our own position in time/space.

Jul 24, 2020 @ 08:23:17
Dogen subscribed to the Mahayana Buddhist teaching of "original enlightenment." The question that drove him forward was, if such is so, why practice at all?

I suppose such a teaching has certain similarities with those of Christian universalists, that ALL are saved.

As Chan Master Baoche of Mount Mayu was using his fan, a monk came and asked, “It is the wind’s nature to be constantly abiding and there is no place in which it does not circulate. Why then, sir, do you still use a fan?” The master said, “You only know that it is the nature of the wind to be constantly abiding. You don’t yet know the reason [more literally: the principle of the Way] that there is no place it does not reach.” The monk said, “What is the reason for there being no place in which it does not circulate?” At which time the master just used his fan. The monk bowed reverently.


Whatever is made of that, many Christians still appear to prefer the double destiny idea. Some are lost and some are saved. Finally. Irrevocably.(Whatever "lost" and "saved" might mean)

Thus for them, the "moment" of salvation when they "chose" God/Christ. Therefore, salvation is for them "attainment" and not "realisation". Grace, as I see it, is corrupted. Grace becomes an "offer", not the fundamental reality, the fabric of the Cosmos in which we live and move and have our being.

Anyway, Dogen found his answer according to his own life, his own time and place. As, I suppose, we must.

Jul 24, 2020 @ 21:01:59
I have done quite well here. A thread on the zen master Dogen reaching post 4 without mention of "non-duality". AKA All is "one". Therefore all distinctions blurred, even obliterated. The "mystic" east,the Buddha sitting immobile. The world around us maya , illusion, unreal. Virtual nihilism.

Or so it goes. With the jokes about the Buddhist asking the hot dog seller to "make me one with everything" and the ending of Edwin Arnold's "The Light of Asia" seeing the individual as a "dewdrop" slipping into the "shining sea".

From my own reading and understanding of the "eastern" texts, I find that Dogen expresses a more accurate picture.

One study of Dogen has it:- "The crucially important point to note is that in Dōgen, opposites or dualities were not obliterated or even blurred; they were not so much transcended as they were realized . The total freedom in question here was that freedom which realized itself in duality, not apart from it."

Therefore there is the realisation of non-duality within duality. Individuality rules OK.

Which might all seem rather heavy. But for me, more seeking clarity of mind, or as others might say, faith seeking understanding.

Jul 25, 2020 @ 07:49:24
Trying to get to grips with Dogen's perspective on the use of language, the connection between the symbol and what is actually being symbolised, I hit upon these words from Northrop Frye:-

"Not many people have clearly understood that cosmology is a literary art form, not a religious or scientific one."

Jul 25, 2020 @ 09:08:12
Ploughing on (and I realise that many have more "demands of the day than I do myself), maybe the dread words "non duality", and its various aspects, can be better approached by simply saying that many have argued that the simplest explanation is often the best, and thus that "All is One" is pretty simple.

However, the problem is that to our own human eyes, there are undoubtedly many . Thus the question becomes:- what is the relationship between "The One" and "The Many" - or as is said in Buddhism, the ten thousand things.

In Theism the "problem" is not solved. The Theistic Faiths posit an eternal being who creates (in time?) Thus, that created (from nothing?) must have a different sort of "being" from the Eternal Being of God. What is the relationship? How can a being created in time then become "eternal"? Perhaps why the Christian mystics speak of an eternal "spark" or suchlike being "in" us from the "beginning"........but as I see it, this is now all becoming rather messy and anything but simple. I prefer the non-theistic approach. "Try to see your original face before you were born" as the zens have it.

Anyway, Dogen's thinking is difficult, yet occasionally, for me, offers clarity. And this, I say again, is not an academic pursuit, something to pass the time.

"I teach this and this alone, suffering and the ending of suffering" (The Buddha)

Jul 26, 2020 @ 10:14:11
"According to Dōgen, delusion and enlightenment lie only within the relationship between self and others. Delusion is not some fixed thing within our minds that, if eliminated, will be replaced by enlightenment."

(From "Realizing Genjokoan" by Shohaku Okumura)

It was Buddha’s aim not to give a “final” speculative answer but to be free from all theories and to know, by experience, “the nature of form and how form arises and how form perishes.” He wanted “not a third position lying between two extremes but a no-position that supersedes them both.” This is the Middle Way

The above is Thomas Merton, speculating in his Journal, on his Asian Pilgrimage.

"We have to create our own way; there is no fixed middle way in every situation. We must try to see the whole of every situation and find the healthiest, happiest way of life in each circumstance. This is the essential point of both Buddha’s and Dōgen’s teachings" (Not Merton, but Hee-Jin Kim, from his book "Dogen:Mystical Realist)

Coming back down to earth, I do find some sort of "way" (in the middle or not) is more easily walked now that I have trust/faith in Reality-as-is.......infinite compassion, infinite wisdom, infinite potential. 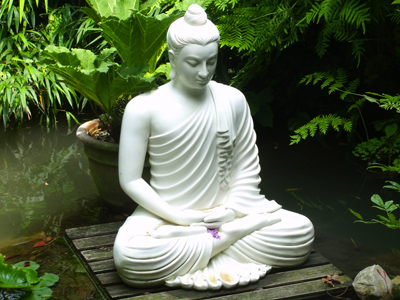 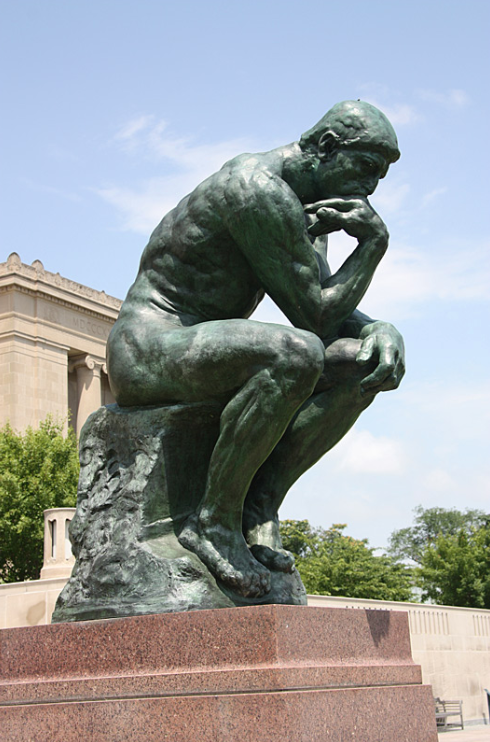 Aug 04, 2020 @ 08:25:46
"For the modern experience is of a radical division between inner and outer — of a subjective, personal, and purposeful consciousness that is incongruously embedded in and evolved from an objective universe that is unconscious, impersonal, and purposeless."


I believe that the disenchantment of the modern universe is the direct result of a simplistic epistemology and moral posture spectacularly inadequate to the depths, complexity, and grandeur of the cosmos. To assume a priori that the entire universe is ultimately a soulless void within which our multidimensional consciousness is an anomalous accident, and that purpose, meaning, conscious intelligence, moral aspiration, and spiritual depth are solely attributes of the human being, reflects a long-invisible inflation on the part of the modern self.


"If consciousness is confined to the skull, how can joy exist?" (A zen master)

Aug 05, 2020 @ 12:15:38
My own thoughts about Dogen led me to reread the opening chapters of a book by Richard Tarnas, "Cosmos and Psyche". These chapters deal with what has been called the Copernican Revolution, how "mankinds" sense of centrality (along with much else) was displaced along with the earth itself; set adrift, and the "modern mind" begins to form.

Mr Tarnas is quite eloquent and the chapters are very much worth reading. Here are a few excerpts:-


"Another way we might describe this situation would be to say that the modern mind engages the world within an implicit experiential structure of being a subject set apart from, and in some sense over against, an object. The modern world is full of objects, which the human subject confronts and acts upon from its unique position of conscious autonomy. By contrast, the primal mind engages the world more as a subject embedded in a world of subjects, with no absolute boundaries between or among them. In the primal perspective, the world is full of subjects. The primal world is saturated with subjectivity, interiority, intrinsic meanings and purposes."


"Our deepest spiritual and psychological aspirations are fundamentally incoherent with the very nature of the cosmos as revealed by the modern mind. “Not only are we not at the center of the cosmos,” wrote Primo Levi, “but we are alien to it: we are a singularity. The universe is strange to us, we are strange in the universe.”


(Just to add, from memory, Richard Tarnas, after the opening chapters, then begins to speak of certain "astrological" notions that I personally found uninteresting - being a Gemini I don't really go for that sort of stuff......