I have no preference for colours. I change them according to the seasons. I wear the light ones during the spring and summer, I wear the dark ones during the autumn and winter, but my wardrobe is full of clothes and ties of all the colours of the rainbow. I value them all equally.

I like no film in particular, but all of them. The same goes for my video games and the books I read. I like all genres and authors who write well.

I think like this because of the terrible impact that preference has had on my family, on both sides. On my father's grandparents side, his parents chose to open a pretentious, self-made guest house, rather than be an honest carpenter and hospital auxiliary. They abstained from showing their only son, my father, affection. All his mother did was shake his hand when he graduated from Cambridge University and his father neither said nor did, anything.

On my mother's side, my grand parents came together because my grandmother felt that my grandfather was better because his lineage of military officers, doctors and judges was better than the more ordinary of the police inspector she was going out with. She left him for greener pastures.

This would lead to terminal interference in the life of my mother. She was held back from her career options because of her gender, and more specifically, because of the highly right wing values of my grandfather. Now, had my grandmother not chosen him, my mother might not have lived through the oppression she did. Had my grandmother wed the police inspector and had children with him, it is possible that my mother could have been more prosperous and not run away from Spain, only to marry an unhealthy man, who had asperger syndrome, epilepsy and a lifelong problem with his kidneys that he never wanted to deal with, which ultimately led to his premature death.

Now, I say that status of individuals and groups has no exceptional meaning. Actions speak louder than words and merit can be achieved by all, regardless of size, gender, class etc. I refuse to subscribe to the system of dogma and doctrine. My mother paid for the mistake my grandmother made and she is still paying for it because now she cannot leave the house unaided, due to a head injury she sustained two years ago. I have to go with her or she doesn't feel confident enough to go on her own.

That was the result of having done too much for me, for having overworked herself in my favour. Had she been able to do what she'd liked to have done in her life, the accident would never have happened. It was thanks to excessively lawful beliefs that she is in this position.

Well, I'm not going to put myself in this position because I will make a stand for myself, without adopting an extreme right wing attitude. I will strive for what I want and choose my friends because of their merit, their devotion and their strength of character, not their their lineage or prestige, for those are superficial things that don't give people any serious value, other than the ability to satiate desires both opportunistic and unfair.

This is my declaration of neutrality and one I will live by with all my heart.

Jul 17, 2016 @ 13:29:39
neutral - except the situation deal with it, you the best, you can. move on, know that you feel powerless and hopefully or powerful actually can do with. sometimes, in any situation, it might better to stay neutral.

So... Neutral when it comes to conflicts then?


I will take part in conflicts when people prevent me from doing what I want to. I respect other people's priorities so much that I wish them to respect mine in turn and I will fight for them if I am faced with interference.

I will take part in conflicts when people prevent me from doing what I want to. I respect other people's priorities so much that I wish them to respect mine in turn and I will fight for them if I am faced with interference.

So where does the neutrality begin?

So where does the neutrality begin?


It begins with my acceptance of what is as long as man made forces are allowed to thrive. When they can't, I will take action to defend them. I am open to many things, but bias and prejudice aren't any of them and I will oppose both if they should ever be expressed towards me or someone I know who does well for him or herself.

Conflict is a vital part of our being. It makes us strong, reinforces our beliefs and gives us the power to destroy whatever tries to break our spirit.

The mind of God, Antarctica
#8


pointy fences can be fun and dangerous.

The mind of God, Antarctica
#10

pointy fences can be fun and dangerous.


What are you ambivilant about?

The mind of God, Antarctica
#12

What are you ambivilant about?

The mind of God, Antarctica
#13 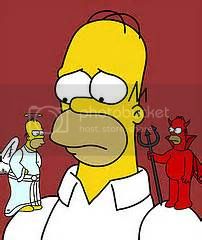 
often it is good to know what is on either side.

Good or bad? Stay or go?

Say it or stuff it?