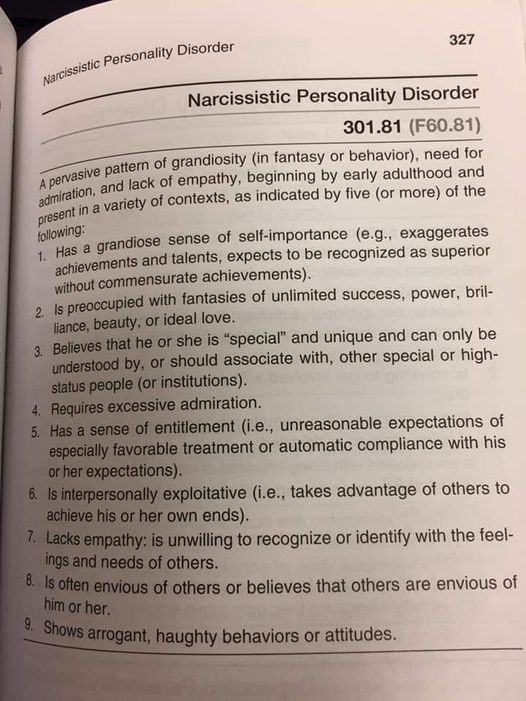 Jan 13, 2021 @ 12:04:19
Well, today we have the absurdity of arch brexiteer John Redwood demanding the free movement of goods between Northern Ireland and the rest of the UK. Yes folks! As the supermarket shelves empty, the folk of NI who voted to Remain in the EU continue to suffer from pure lack of self-determination. So many forms now have to be filled in to trade with ourselves! It is called The Northern Ireland Protocol and ensures free movement of goods with Southern Ireland. This is Boris Johnson's "solution" to the so called "Irish Question".

There will be no forms to fill in, promised Boris. "If you get any, send them to me and I will bin them." Dear old Boris.

Well, maybe a post will soon be coming here direct from Bunyip Bend, full of talk of TAK's and other in-depth analysis, as well as suggestions of just what Mr Johnson meant or did not mean, what he should or shouldn't do - which ignores the reality that Boris is a blustering buffoon whose concept of planning is deciding how many condoms to have in his pocket at any one time and of how he can stretch his meagre PM's pay to cover all his child maintenance payments.

All are "teething problems" we are told. I predict that by the next General Election the questions will revolve around whether or not to rejoin the EU Single Market and Customs Union. The benefits will by then be obvious, the opportunities immense, and the cost far less than the extra costs to business of the additional bureaucracy of the new Trade Deal. The EU directives we would need to comply with will be recognised as totally benign as far as any genuine practical "sovereignty" is concerned..... except of course to those ancient relics of the Empire who like to wave their Union Jacks while laughing out of their a*******s at the gammon who voted Leave because they felt "left behind".

Speaking of the Union, I would say we are beginning to see the unification of Ireland, north and south. Perhaps a very good thing indeed. While Scotland.....well, as they call for a Referendum to "take back control" for themselves dear old Boris must convince them that Referendums are not a good idea and that they will be better off staying within the Union! Good luck Boris, as you bully them and dictate to them, having thrown off the shackles of the bullies and dictators of the EU!

Jan 13, 2021 @ 12:27:17
Hopefully Éire will be unified once more in the not too distant future. It should NEVER have been partitioned in the first place.

As for the Scots, well I am in favour of them becoming independent, though to be fair the SNP did say back in 2014 that the indyref was a once in a generation opportunity. I am not sure that 7, 8, 9 or even 10 years counts as a generation.

Unfortunately it is difficult to see the day when the Welsh regain their independence but you never know.

Jan 13, 2021 @ 12:34:59
By the time the next (UK) election rolls around i would expect that the UK will be a member of the CPTPP. The US were also set to join the CPTPP till D.T pulled the pin. With J.B in power there is a reasonable chance that within the next 4 years the US will join the CPTPP. If it does then the UK would be a member of the largest trading bloc in the world. A trading bloc centred in the fasted growing area in the world. Even Brussels concede that around 90% of world economic growth over the next 10-20 years will occur outside of the EU.
Edited: January 13, 2021 @ 12:36

Jan 13, 2021 @ 12:38:16
Let us also remember that the Euro is under immense pressure at the moment. At some point something has to give and when it does you wouldn't want to be in the Eurozone.

The fish are rotting....

The Fisheries Minister at the Nativity

The sea of opportunity....

The fish are rotting....


The fish may be rotting, but they're rotting happily, according to Jacob Rees-Mogg

Responding to a question in the House of Commons, Rees-Mogg, Britain's favourite panto toff said: “They’re now British fish and they’re better and happier fish for it.”

That's a reply I think John Bercow would have been happy to fire back at Lord Snooty.

Jan 14, 2021 @ 20:50:24
And just to demonstrate how much the government is on the side of our "wonderful lorry drivers and hauliers", Kent Rozzers are handing out £300 fines to truckers stuck in many, many mile long queues on the M20 to Dover.

Kent Police Fine Lorry Drivers Stuck In The Queues For The Continent Caused By Brexit.

To date, 407 penalty notices have been handed out by police since January 1st.

This does not affect European hauliers because they don't need a Kent Entry Permit. Only British drivers are being penalised.


Ahhhh! BUT......it is OUR red tape. Our independent, sovereign nation, AKA Global Britain, now has its very own vast herd of bureaucrats to deal with its very own self-imposed shackles! We are now the only country in the world needing such bureaucracy in order to trade with itself!! That needs to issue travel permits to its own citizens to enter part of its own territory. Farcical.

And dear old Boris continues his pantomime act at every PMQ's (but as you point out, the current Speaker is now beginning to lose patience with the imcompetent blatherer) Boris Johnson actually thinks it is funny/clever to continually refer to the Scottish National Party as the Scottish Nationalist Party. Given that many political commentators now see the Tories as the British Nationalist Party it really is difficult to appreciate the "humour" of Mr Johnson.

Jan 14, 2021 @ 21:49:11
You know something Dooks...... I really don't enjoy constantly hacking out examples of Brexit failure. It's not my preferred choice of dealing with the situation.

I feel like the girl who has a best mate who has gotten herself a really BAD boyfriend, and you're trying to tell her to get out of the relationship, but she's absolutely besotted with him and won't listen.

How can you save her from herself..? All you can do it highlight to her all of his faults, as they appear, and hope that her eyes are opened before she gets really, really hurt.

You don't like doing it because actually, you'd rather she was happy but you know that's never going to happen because he really is as bad as you say he is. But she just won't listen. Rather, you get to a point sooner or later that she doesn't want to be your friend any more. She's chosen him over you.

And that's what I'm doing with all this negative posting. I want the country to become united again, but I'm not going to hide from the truth, and I'm not going to join in with the denial and keep silent about what I can see staring me in the face. Nor should any of us.

We have to keep highlighting the faults in Brexit because if we don't, the Tories get a free ride. Parliament can hold them to account in the House of Commons, but it is up to us.... the ordinary people.... to do it out in the wider world, among our compatriots.

I'm active in a number of ways regarding the rejoin campaign and pointing out the failings of Brexit is only one part of that activity. But there is no pleasure in this.... no "schadenfreude" No rubbing the dog's nose in it's own mess to teach it not to do it anymore.

It's just something that has to be done.

It's just something that has to be done.


Coming up to 72, I'm on the cusp of re-arranging what "has to be done". While I've always felt that positive engagement with the world is some sort of duty, instinctively and now by preference, I just wish to fade away. Tang poetry, contemplating many of the various Buddhist texts, my guitar and now watercolours.

Listening to the news, hearing so many others tell it as they see it.......I feel a deep alienation from it all. Often I can still feel anger at the rank stupidity of so much I hear and see, yet such only damages me. - I see that clearly.

So power to your elbow. I'll be on the sidelines somewhere.

All the best. Keep safe.

Jan 15, 2021 @ 13:32:11
Standing in a shopping centre this morning with coffee and bacon butty. Standing because four youngsters were occupying my usual bench. Perhaps they all shared a "bubble"......maybe not. Anyway, not much bothered. Government policy seems to be whipping up "blame each other" rather than them for Covid failures and ineptitude. What a nightmare. I'll not get involved.

News this morning for those who voted Leave because they felt "left behind". The Financial Times reveals Government proposals to erode workers rights, rights that were protected by EU Laws (in fact, gained under EU jurisdiction) Of course, all denied by Govt Spokespeople. One has only to Google "Tory Record on Workers Rights" to find various suggestions on just who to believe.

It really does have to be said.......our current UK power brokers, the driving force behind Brexit, have done a magnificent job in getting the turkeys to vote for Christmas.

Jan 16, 2021 @ 11:34:44
The nonsense rumbles on. Reading about various new tariffs due to our Tariff Free Trade Deal (Boris never was one for the small print) while, after Boris told those in Northern Ireland that there would be no forms to fill in, those actually in Northern Ireland are far too busy filling in forms to argue.

Meanwhile, the Turkeys who voted for Christmas are now hanging upside down on the conveyor belt heading towards the slicer, last heard crying out "It's all about self-determination and sovereignty" as they await there very own moment of disillusionment.

(Not long now before the choir begins to sing:- "If only we had walked away. No Deal. By now we would have been enjoying those sunlit uplands!" ......over to "man of the people" Nigel Farage, time again to put the champagne flute away and grab your pint mug, ditch the oysters and buy a portion of cod and chips! No cod? Possibly rotting on some French quayside)