Oct 05, 2019 @ 21:16:35
In honour (or not as the case may be) of the Conservative Party's attempt to overthrow democracy in Britain by abolishing Parliament (the last person to try that started a civil war and got his head chopped off) 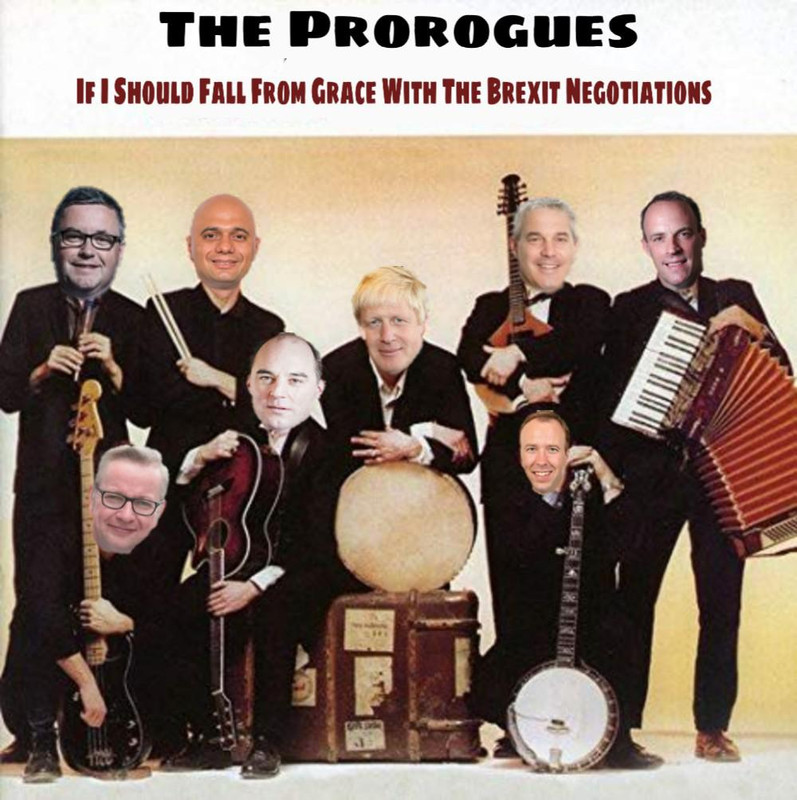 On the 24th of June twenty hundred and sixteen
They set sights on number 10
They were running away with a bent public vote
For a stay at Maggies old den.

'Twas a wonderful gaff, wouldn’t let in riff-raff
And oh, how the Brexiters loved her
She’s a right little gem, she’d seen many PM’s,
And we called her the Brexit Rover

They had one million piles of stolen facebook files
They had two million fiddled accounts
They had three million files of the best Brexit lies
They had four million cheques ready to bounce
They had five million yellow vests, in their vipers nest
And seven million barrels of gammon
They had eight million signs all covered with red lines
In the hold of the Brexit Rover

There was old Mickey Gove, a sneaky little cove
When the MP’s lined up for a vote
He was whippin’' with skill for each dodgy Brexit bill
And the Tories just sat there to gloat
With his cocky ad lib, every word was a fib
But the ERG were bowled right over
They all knew without doubt when he spoke in the house
That he sailed in the Brexit Rover

There was Cameron the snob, a Bullingdon yob
And Francois whose face was full of rage
There was Jake Rees Mogg who fell asleep on the job
And a man from the pub called Farage
There was Grayling O'Toole who was useless as a rule
And Raab who’d never heard of Dover
And Boris McCann who should get a lifetime ban
Was the skipper of the Brexit Rover

Then Brexit struck a rock, oh Lord what a shock
The Speaker finally called out “Orrrrrrrrrrrrder”
Seven votes turned around, and poor old Boris drowned
It’s the death of the Brexit Rover


Adjusted lyrics to "The Irish Rover" by Jen.
(with acknowledgement to Shane McGowan and The Dubliners)