Hey let's not forget who's called who's house already

Oh I know things about you Dave...


You left a message on my answering machine.

Try having the balls to call me when I'm home. You won't be so tough then.

You left a message on my answering machine.

Try having the balls to call me when I'm home. You won't be so tough then.

Ahhhhh.....the dream has been realized! Finally I got to hear ya say it!

Ahhhhh.....the dream has been realized! Finally I got to hear ya say it!

Yeah,and we totally freaked out my girl.

She was in the other room and heard me screaming 'c***' and thought I finally went insane.

Yeah,and we totally freaked out my girl.

She was in the other room and heard me screaming 'c***' and thought I finally went insane.

I'm catching up on threads and am seeing several people getting all feisty lately in several threads. So hence the reminder, it needs to stop.
If you disagree with someone, great!
DO: tell them what you think is wrong with their ideas, express your contrary ideas, ignore them or simply say you disagree without elaborating. There are plenty of ways to handle this.

DON'T: call them names, try to insult them with personal digs, that are essentially calling them names, or follow them around trying to bait them into a fight.

You can imply or say a post or idea is "stupid", you can't call a poster "stupid". Telling them they need more information about the subject, is not necessarily calling them stupid.

Though if you call an idea "stupid", most people are going to ask you to back up that thought. That sort of debate/conversation is welcome around here.

IF you can not control what you post when you read someone else's posts, then block them. Go to their profile, scroll to the end of the friends list, click "Block Member" and confirm that you want to add someone to your enemy list: "Poof" the annoyance is gone.

You can always unblock someone later.
Trust me, the block feature is awesome. I use it to block people that bother me, even if its only for a few hours.

I never block anybody. I equate blocking to a form of censorship which I am personally against. This is just my opinion but it's how I feel.

I would rather know what somebody is saying and challenge their argument. I have had to fight against a lot of personal abuse, but it has reduced dramatically in the last couple of months so perhaps I'm being successful in that. But at all times, wherever somebody has made an interesting point about one of my messages amongst all the vitriol and nastiness, then I have been able to challenge the relevant point because I could SEE it.

The easy rule of thumb has always been to: Challenge the post, not the poster. If we all stick to that then we get lively, interesting discussion and surely that's what we're all after.

Is it bad that every time you are on, I imagine that if TFS was "room" The disco ball would drop, and it would be one big party?

And yes I'm totally derailing my own thread, here But I can't read Disco t any more without hearing the song YMCA and thinking some how it needs to be parodied into a TFS song. One of these days I shall actually do it. 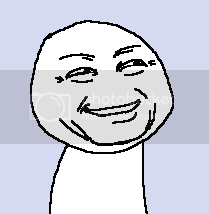